Internet broadcasting has both flexible and vivid forms of traditional broadcasting and TV, and the interactivity of Internet access on demand. How to organize, store, manage, and publish sources, make full use of the rich resources of TV stations, and provide personalized services The key to TV media sites. The mutual benefit and complementary advantages of the network and TV will be the best state of the current TV and network. Looking at the world and the future, it is foreseeable that today, as the world moves towards the "information age," television and the Internet will continue to integrate, innovate, and achieve new prosperity in the competition. Currently, the establishment of an Internet TV station is the most effective solution for broadcast and television units at all levels and has been successfully applied in practice. The author will mainly share the technical difficulties of high-definition TS streaming live broadcast when constructing a network TV station, as well as the solutions in practical application, to share with you colleagues.

With the high-definition programs recorded from HDTV circulating on the Internet, fans are now no stranger to the term TS, but then comes a series of questions on how to play, how to add subtitles, etc. This article will focus on Take a look at the application operations in this area.

Let me briefly introduce what is MPEG2-TS. Everyone knows more or less about the MPEG2 format through exposure to DVDs. The MPEG2 format in DVD programs, to be exact, is MPEG2-PS, the full name is Program Stream, and the full name of TS is Transport Stream. MPEG2-PS is mainly used for storing programs with a fixed duration, such as DVD movies, while MPEG-TS is mainly used for programs transmitted in real time, such as real-time broadcast TV programs. What is the main difference between these two formats? Simply put an analogy, if you cut the front part of the VOB file on the DVD (or simply the data is damaged), then the entire file will not be decoded, and TV programs can be decoded (watched) at any time when you turn on the TV. Therefore, the feature of the MPEG2-TS format is that it can be independently decoded from any segment of the video stream.

The author shows a piece of TS stream video encapsulated in AAC audio, which is encoded by VIEWGOOD's high-definition live broadcast system. The user ordered it and the test was successful! ~ Future.Classics ~ 2010] fragment), built using VIEWGOOD's WebMedia 7.3 streaming service platform. 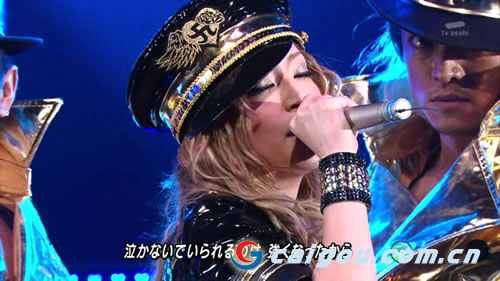 The specifications of these two sections of TS are as follows: 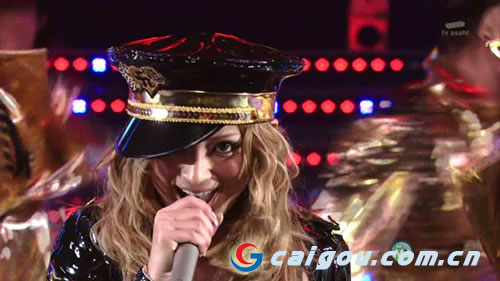 General local area network or metropolitan area network, as long as it reaches 1.5M 720P suburban fruit. I tried it myself in the intranet, which is a bit exaggerated. Many computers can't run such big, so clear video.

It reflects from the side that using the inherent conditions of the TS stream owned by the radio and television to build an Internet TV station has an unparalleled effect and is practically feasible.

At present, broadcasting and television mainly apply to the transmission of high-definition signals for TS streams. After the decoder decodes the TS streams, the signals are transmitted to the TV (or monitoring TV wall). At present, the author introduces the way of converting TS stream into low bit stream, which is suitable for video applications on the broadcast and television Internet, mobile network and broadband Internet. But how to encode the TS stream, how to realize the network live broadcast, and the application of the network TV station, need to solve several problems:

1. Multiple programs can be multiplexed in the TS stream, and each program can contain multiple basic code streams (usually a single video stream, multiple audio streams). How to modulate the signal in TS stream?

2. How to synchronously encode the audio and video signals of the same channel?

3. There is a lot of information in the TS stream, how to read the EPG information?

4. TS stream is encoded as H.264, can it be restored as TS stream for monitoring TV wall?

To solve the above problems well, it is the necessary technology for Internet TV stations that broadcast and television use TS streams to do high-definition, time-shifting, and EPG-on-demand.

At present, only VIEWGOOD can solve the above-mentioned four problems by using the software in the ground, and it is actually used in various high-definition network TV stations.

As shown above, this process can be achieved:

2. EPG on-demand: This picture is equipped with seven days of storage (according to the actual situation, you can change the length of time arbitrarily), users only need to provide on-demand based on the provided EPG menu.

4. Network live signal monitoring: Through the large screen, the administrator can directly watch whether each live signal is normal. At the same time, the device alarms and reminds of abnormal signals.

5. About the "time shift" of live broadcasting?

How can I make the NBA live show in the morning play back after work? How can I pause the live game and go to the kitchen to get my favorite beer and snacks?

Although the streaming media live streaming technology is positioned to provide real-time streaming services, the current user needs are also diverse. How to solve the contradiction between the real-time performance of the live streaming system and the user's personalized playback needs The manufacturer puts it on the agenda.

In short, the so-called "live time shift" can be played back live content at any time in the past, that is, live time shift. This technology is mainly used in emerging Internet TV stations. VIEWGOOD's Xiamen Radio & TV's time-shifting network TV project uses this technology.

The principle of live broadcast time-shifting technology: through the encoding and transcoding system, the ordinary TV signal is output as a stream (such as MPEG-4 format), and it is sliced â€‹â€‹and indexed, and then the stream is packaged and distributed through the streaming server, and finally synchronized Output to various terminal devices. The live content that the end user sees can be played back at will.

What we need now is to add the time shift function in the live broadcast system. The first is the software part, which needs to be upgraded to VIEWGOOD WebLIVE 7.3 series. The software can be directly configured to enable the time shift function. Of course, the biggest problem with this feature is that your live publishing server has enough hard disk storage to move it for a long time.

VIEWGOOD was established in 2002, and has been in a leading position in the development and application of streaming media technology, and its unique professional technology has reached the international leading level. VIEWGOOD has not stopped in the face of achievements! At present, it owns Xiamen Radio and TV, Jinan Radio, Tai'an Radio and TV Network, Rugao Educational TV Station, Beijing Shunyi TV Station, Global Network Mobile TV Station, Jieshou Education TV Station, Haian People's Radio and TV Station, Zhumadian in the radio and television industry. TV stations ... and many other classic cases. (Author: Fei Sun)

With our tables, We brings you a distinctive line of price-competitive laminate furniture that lends itself to diverse office plans while still delivering the value you expect from us The collection includes a complete offering of worksurface shapes, mounted storage, freestanding cabinets, credenzas and complementary meeting tables.

With a refined design and easy installation, our table line offers you a distinctive look at a price you can afford. Table system can easily be configured in team settings and private office, as well as for conference rooms and reception areas.